The ABC moving full steam ahead.

The ABC moving full steam ahead.

The Audit Bureau of Circulation appointed new leadership for the coming year. The ABC is a non-profit company launched in 1947, based on a bi-partite agreement between advertisers and advertising agencies, and media owners. This is not a local initiative, but globally these industries are members of their own Audit Bureaus.

The primary function of the ABC is the certification and provision of accurate and comparable circulation figures to assist advertisers/marketers and publishers in the buying and selling of advertising and promotional material. The ABC release results on a quarterly basis and audits are conducted on a six monthly basis. It has 518 members across numerous industries. 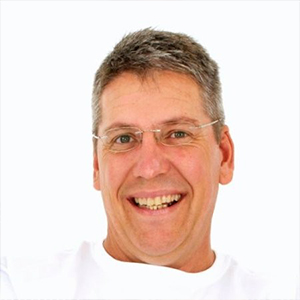 André van Tonder has been elected Vice President for a second term. André is currently the General Manager: Commercial at On the Dot. He started his career in the print industry at Die Volksblad and became Marketing Manager for Beeld. André was a founder member of the Daily Sun and appointed as head of Media24 Circulation, after which he became the General Manager at On the Dot responsible for commercial affairs. He served as a director of the ABC from 2007 to 2010 and was re-appointed to the ABC Board in 2013.

André went on to say that he is honoured to continue serving on the ABC board. The assurance of accurate data for any sales channel and medium is essential and holds great value to marketers, advertisers and media owners. The ABC auditing standards is world-class and has significant value to advertisers. It is the critical factor in the accountability of advertising investments. The value of an audit bureau in the industry is imperative and agreed on by media owner members, marketers and advertisers alike. It is vital to have reporting standards of measure that are comparable and accurate for media buyers to make the right decisions.

Celéste Burger, a chartered marketer and owner of brand communications agency Angelcy, was appointed president for the following term. She represents the Marketing Association of South Africa on the ABC board. She takes over from highly proficient Chris Botha, CEO of Park Advertising and expert in the media industry. Despite a perceived declining print industry, Chris and André made great strides in affirming the relevance of printed media and keeping the ABC relevant and growing membership for the past term. Chris Botha said “The ABC has proven its strength and resilience over the past 12 months. During arguably the toughest trading times ever, we continued to deliver a world class service, but we continue to look to diversify our services, we improved our operations and financial standing, and took steps to becoming more pro-active in how we communicate. The future looks bright for the ABC.”

Celéste is the first female marketer elected in this position.  She started her career at UNISA and Deloitte and for the past 27 years, she built corporate and agency experience cemented in the creative and business industries. She focuses on helping companies grow and differentiate in the digital age and provides a strategic insight into a new fluid business climate while assisting brands in navigating their brand positioning, messaging and meaning in an endlessly disrupted market landscape. She lectured at tertiary institutions on creative, technical and brand strategy subject matter. Her passion lies in valuing creative contribution to marketing return on investment.

“I am both humbled and excited by being granted this opportunity to contribute as a marketer, connect with members and continue to build awareness of the important work the ABC does. Unknown to many is that the ABC provides a measurement for various media, including digital media.  Membership of the ABC allows these digital media owners to supply advertisers and marketers with verified and accurate data like digital publication circulation, email newsletter circulation and website traffic. The ABC also audits the attendance at exhibitions and conferences. This segment was significantly affected in the last 18 months but has moved and is finding ways to diversify online. With limiting marketing and advertising budgets due to our economic turbulence, marketers and advertisers alike must be sure they reach the audience numbers they believe they are targeting. The ABC aims to provide circulation data that is accurate, true and transparent. The ABC remains the stamp of measurement and trust. If you are a media owner and you are serious about return on investment and client satisfaction, get serious about audited measurement.” says Burger.

To become a member and give your advertisers and marketers assurance through the endorsement of our ABC logo, visit www.abc.org.za.

Become a member to today and receive our many benefits